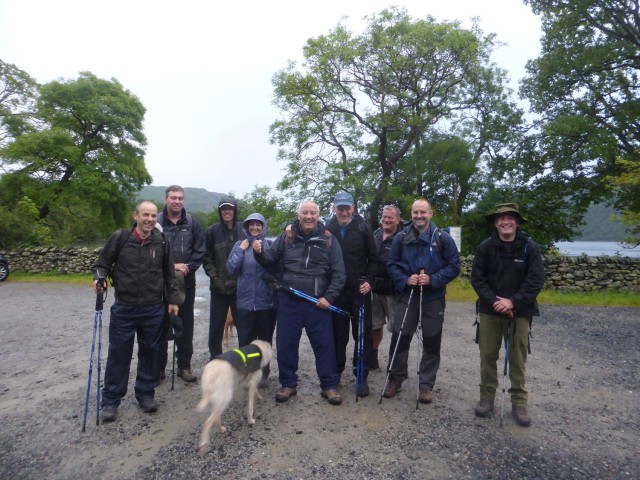 The Starting Line up at Glencoyne 05:30

Every year we help to organise the Patterdale Parish Boundary Walk. This is an annual fund raiser in aid of Patterdale Primary School and St Patrick’s Church Patterdale. There are 3 walks, a 7 miler, a 14 miler and the “full monty” 30 miler. You can sponsor our team if you’re so inclined on the Morgan Army fundraising Page. This is the story of this year’s walk – somewhat shortened for me due to a team member injury. As always feel free to skip the boring words and enjoy the pictures..

This year I was joined by a gang of people I’ve known since school days. Predictably this meant the evening before was spent “catching up” in the local pub. Needless to say as the host for the evening I had to make sure everyone was having a good time, so it was around 02:00 when I finally got to bed. 2 hours later the alarm went and I had the dubious honour of wandering around the house rousing people who up until that moment had been my friends. 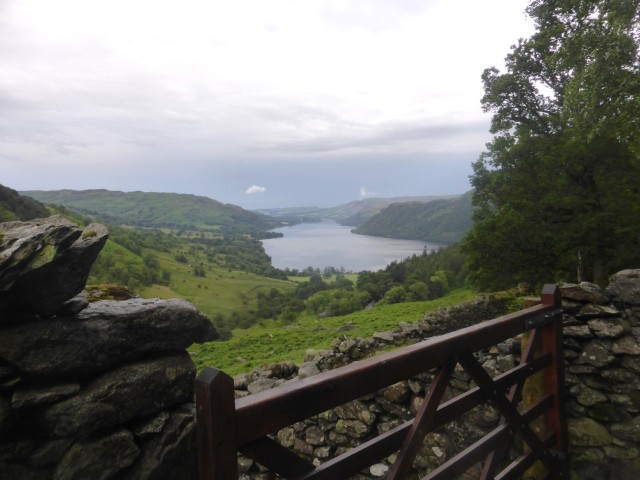 View down to Ullswater from above Glencoyne

Eventually by 05:30 we were mustered on the start line. The day before it has rained incessantly and it was still raining as we set off. As we cleared Glencoyne the rain eased and I was hopeful that the predicted fine weather for the day would soon materialise. I was also hoping that my hangover would soon be sweated out….

As we headed up Greenside I caught sight of gathering cloud on the tops. At this point I was still hopeful it would clear… 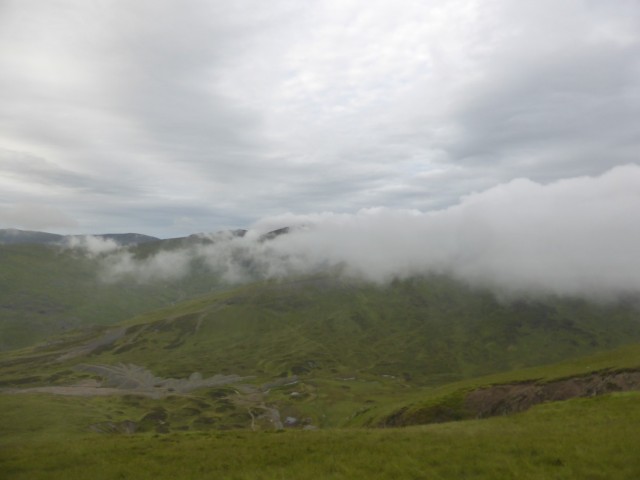 3 hours in the Mist

Some chance of that. By the time we got onto Stybarrow Dodd visibility was down to 20 feet at best. We were pretty strung out as a group and at this point getting our bearings was a little on the tricky side. As a result we ended up adding an extra Dodd (and several miles) onto the route before sanity prevailed and we found the path up to Raise. We had by this time picked up a couple of other walkers who’d been heading in the opposite direction – and even I could tell them that was wrong! 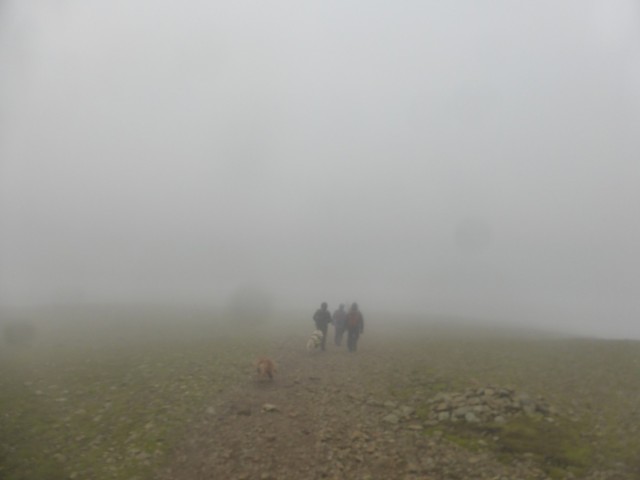 Walking in the Mist 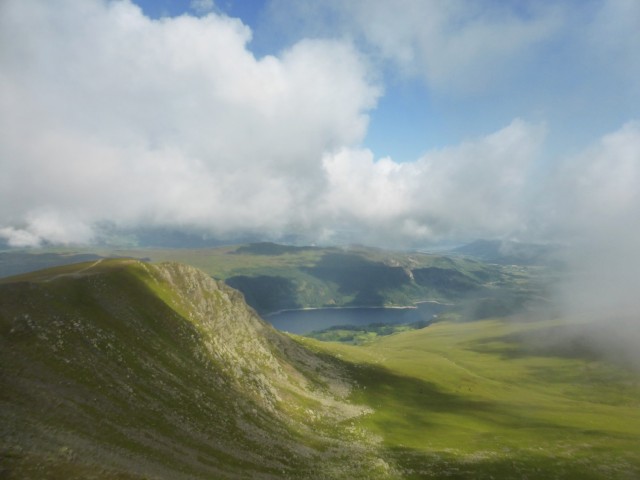 Thirlmere appears out of the gloom

By the time we eventually made it to the top of Helvellyn the skies had properly started to clear and it was looking good. 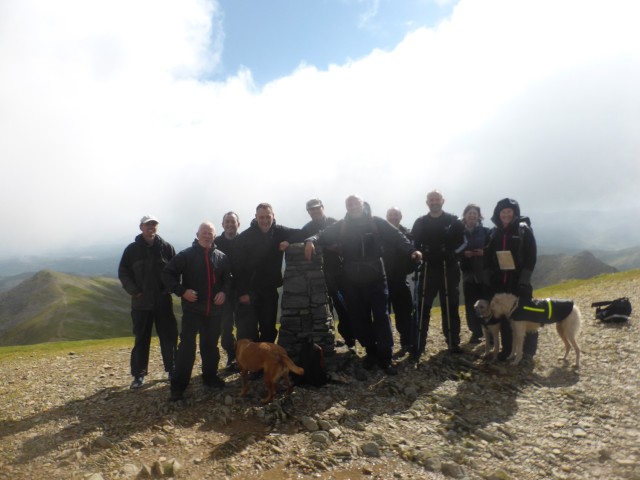 My gang on the summit of Helvellyn 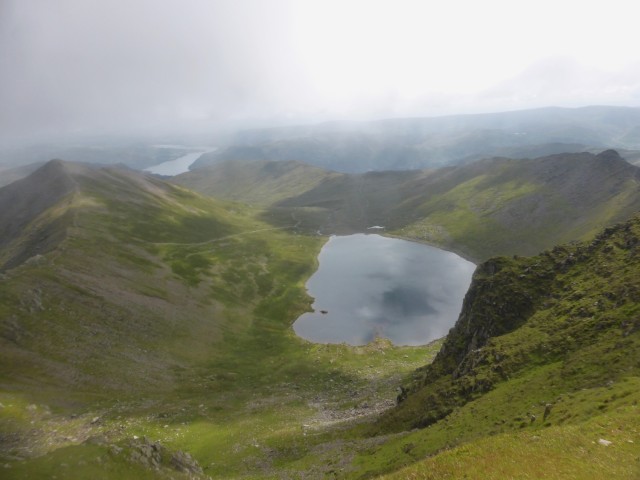 Catstycam, Red Tarn and Striding Edge from Helvellyn Summit with Ullswater behind

We headed off Helvellyn across Nethermost and Dollywaggon towards Grisedale Tarn in good spirits as we enjoyed the fine views.. 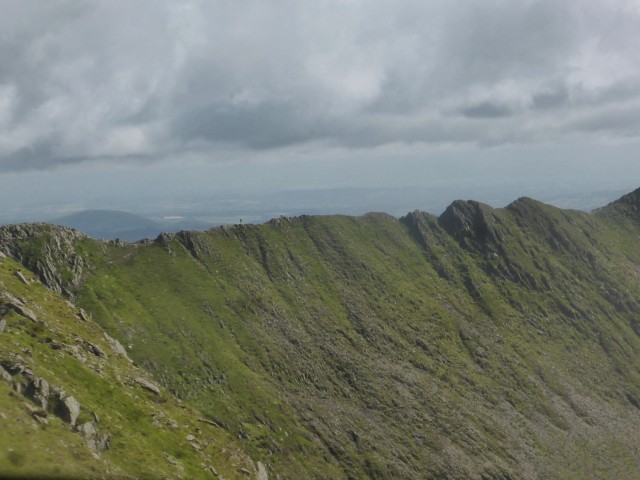 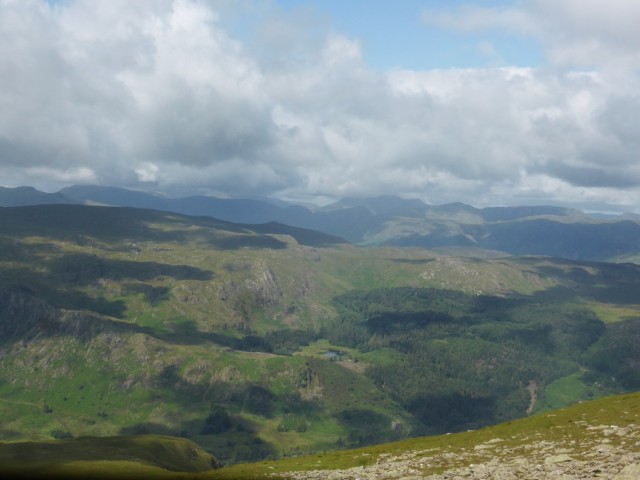 The view west from Nethermost 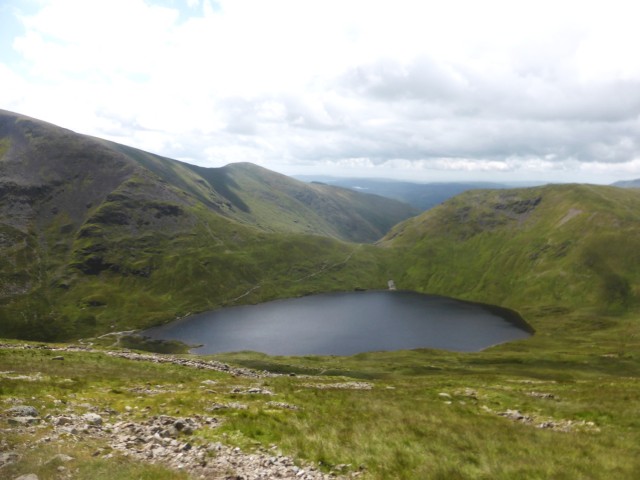 Unfortunately at this point it was clear one of our group had picked up a knee injury. Uphill was no problem but downhill was looking painful. From here even getting to the half way point at Kirkstone top would involve another 4 hours or so of hard walking with the end point being the “killer” of Red Screes – a long drag up and a long sharp drop down to Kirkstone. Although my hangover was now a distant memory  too was still feeling a little jaded so I offered to lead an escape route down the Grisedale Valley and back to Patterdale. 3 of the party decided to join me and the rest pushed on… 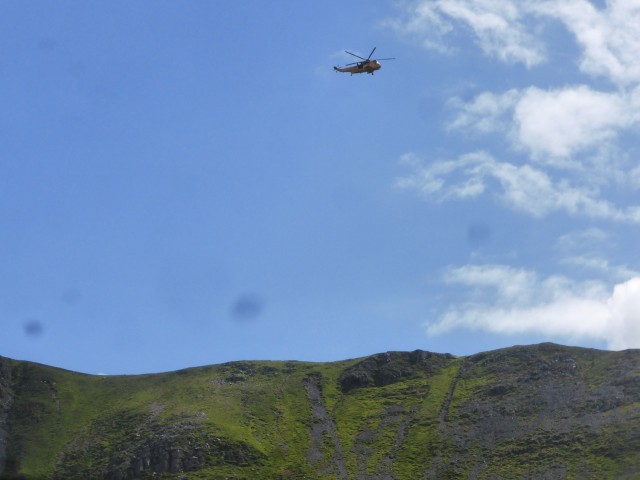 Air Sea Rescue Over St Sunday – not looking for us 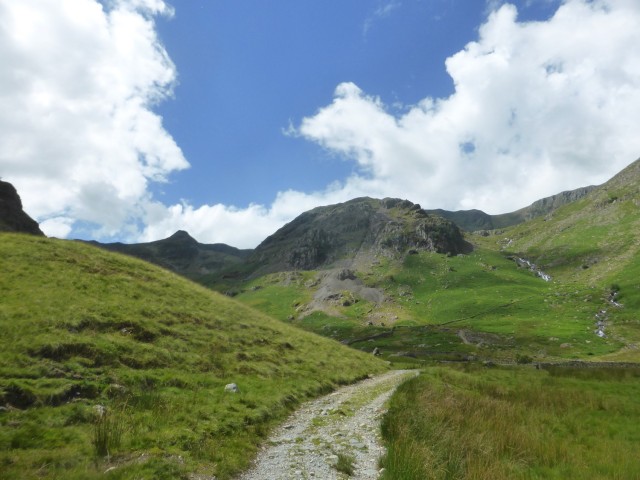 View back up the Grisedale Valley

I had time to zip up to Kirkstone and meet the rest of the Morgan Army gang there as they enjoyed their WI jam sandwiches and tea. A couple of the more sane ones also dropped out at this point but 3 hardy souls and Beau the dog carried on – eventually finishing at 20:30 – so well done to Luke, Andrew, Ross and Beau!

Needless to say the evening BBQ was even messier than the night before warm up but by Sunday everyone had pretty much recovered. Thanks again to all who took part in this year’s walk – and to everyone who wants to sponsor Morgan and his team. Everyone was also well enough the next day for a jaunt along the side of Ullswater where we were treated to a Hercules fly past while we stopped for lunch… 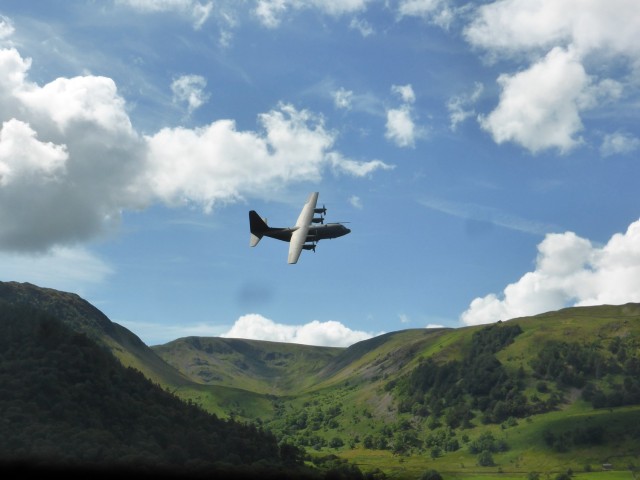 If only they’d been there on Saturday morning they could have given us a lift onto the tops…..

You can see more photos on the Helvellyn on Twitter feed.