Place Fell in the Snow

Having made it half way up Place Fell the day before when Morgan and I were invited to go the whole way up it was an offer we couldn’t refuse. Better still (for Morgan at least) our walking companions were Chris and Scruffy, Morgan’s best mate. We were also joined (for part of the trip) by Mountain Man Mike, who was with us until he got a call half way up from the Fire Brigade and randomly decided he had to head back down to polish his hose…

Conditions were much the same as the day before under foot – crunchy snow on the paths and soft fluffy stuff on the sides. As we headed up higher the snow had drifted into some of the gullies on the main path up to the summit so we were walking in the fluffy stuff for much of the way. Needless to say the dogs were in the fluffy stuff pretty much all the time..

Anyway enough of the words once again, here are some photos from the walk….

A little snow on some of the main path 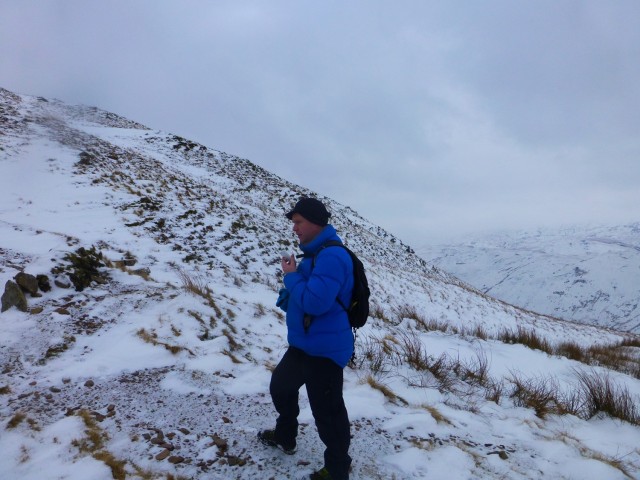 Mike gets the call and promptly disappears 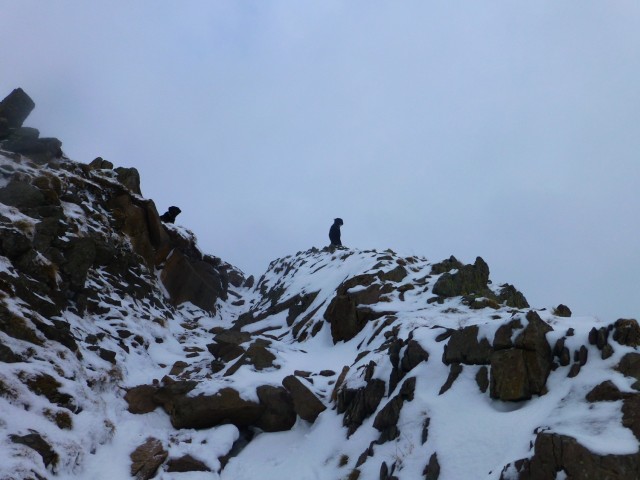 Scruffy and Morgan await the humans

Just to prove we made it to the top 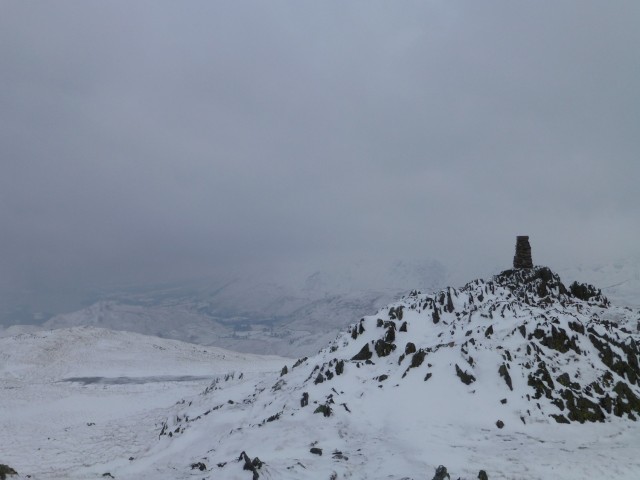 Place Fell Summit in the Snow 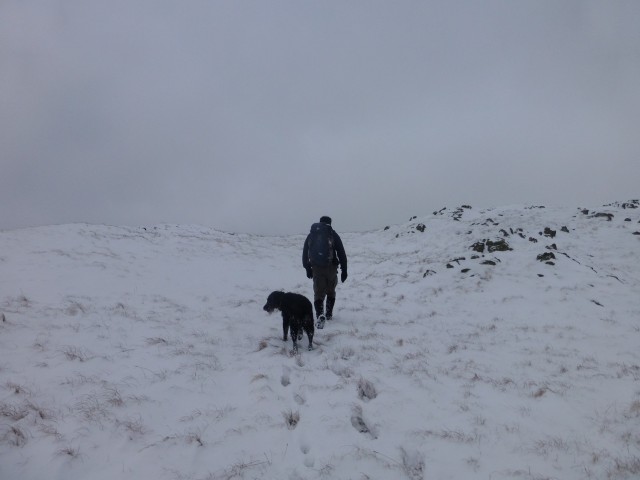 The Walk Back Home 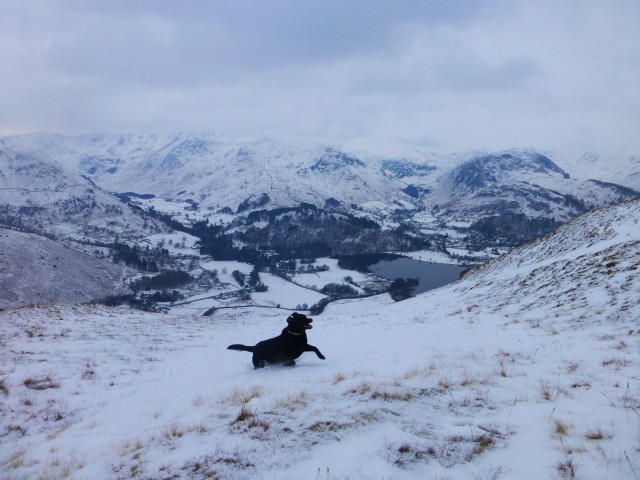 A frolicking Morgan above Ullswater 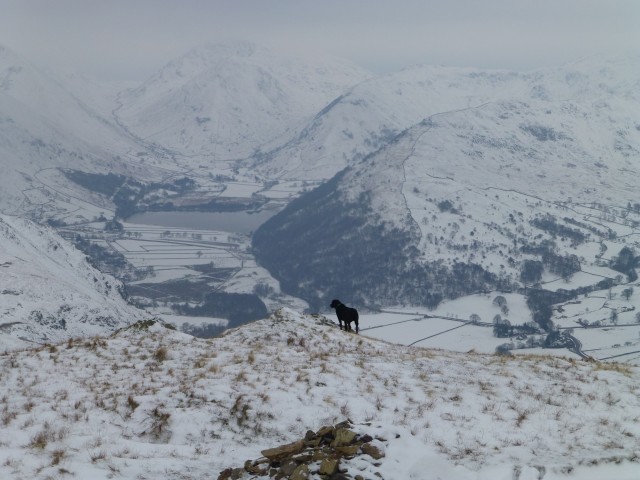 By the time we caught up with him he’d sat down!

Chris proves very popular – or is it that Cornish Pasty?? 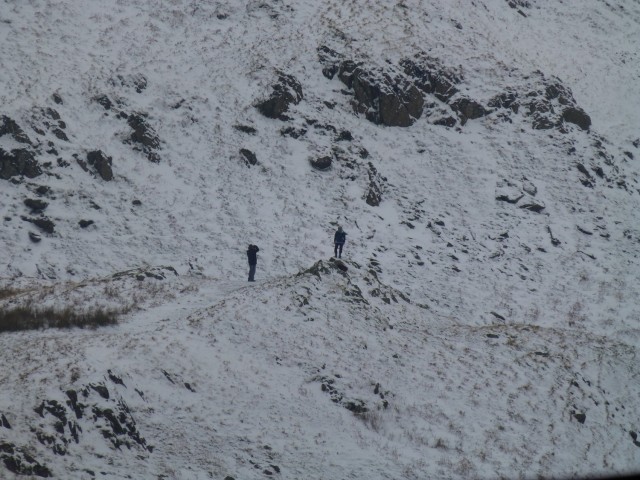 Caught on camera – a couple of slackers faking a summit shot!! 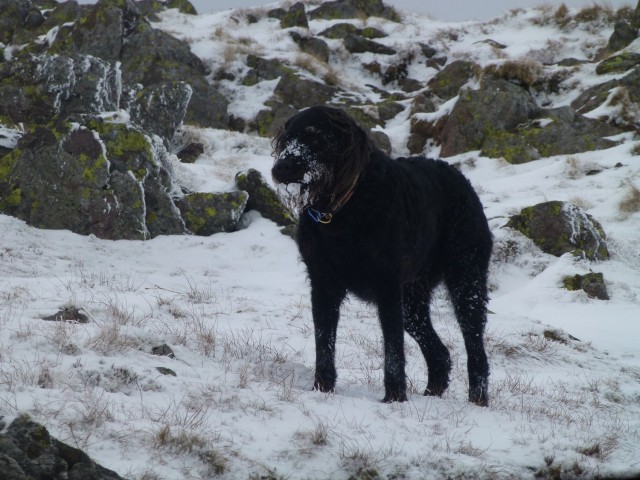 And my mate Morgan….

For more pictures of Morgan’s adventures in the Lake District around Ullswater, Patterdale and Helvellyn, please follow Helvellyn on Twitter. Enjoy!

2 Responses to Place Fell in the Snow